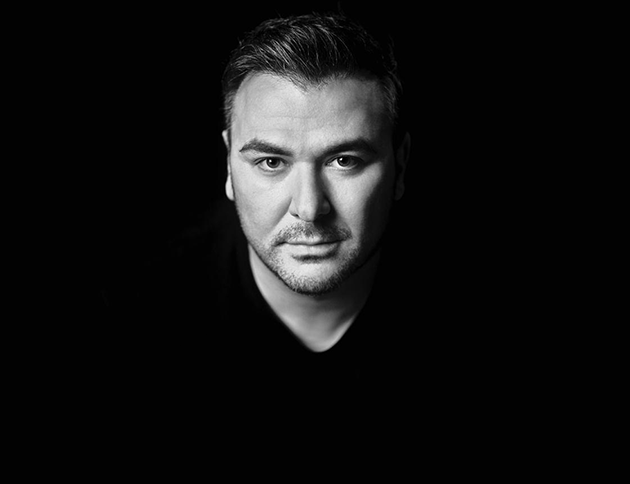 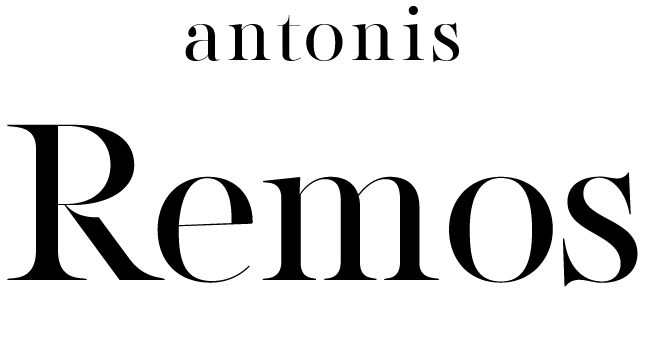 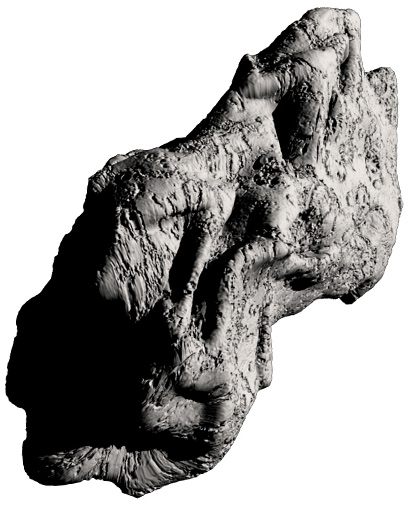 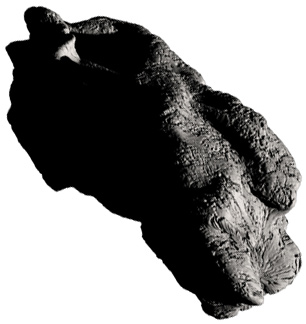 Antonis Remos was born in Düsseldorf, West Germany, in June 19th 1970. He lived there until he was 10 and then his family moved back to their hometown, Thessaloniki, Greece, where he finished school. During his childhood he got involved with music and learned to play the guitar and the drums.

He started his career at the age of 17, singing at a small tavern in Thessaloniki. His first big live performance took place in 1992, when he appeared in the 31st Thessaloniki song festival. After many appearances in Thessaloniki, in 1995 Antonis Remos had his first live appearance in Athens. He performed live next to famous artists, such as Dimitris Mitropanos, Stefanos Korkolis and Marios Tokas. This same year he signed his first contract with Sony Music Greece, planning to release his first album.

In released 1996 the first album
with title "Antonis Remos"

became platinum in a few months

In April 1998, his second album, “Kairos Na Pame Parakato” ("Time to Move On") was released. For the first time, some of the most-prestigious Greek composers had given their songs to Antonis Remos, and for a second time in a row, the album gained platinum status.

A year later, in December 1999, another album is released with the title “Pali ap’tin arxi” (Again from the beginning) in which he collaborates with big composers, such as Christos Nikolopoulos and Stamatis Spanoudakis. That record also becomes multi-platinum. 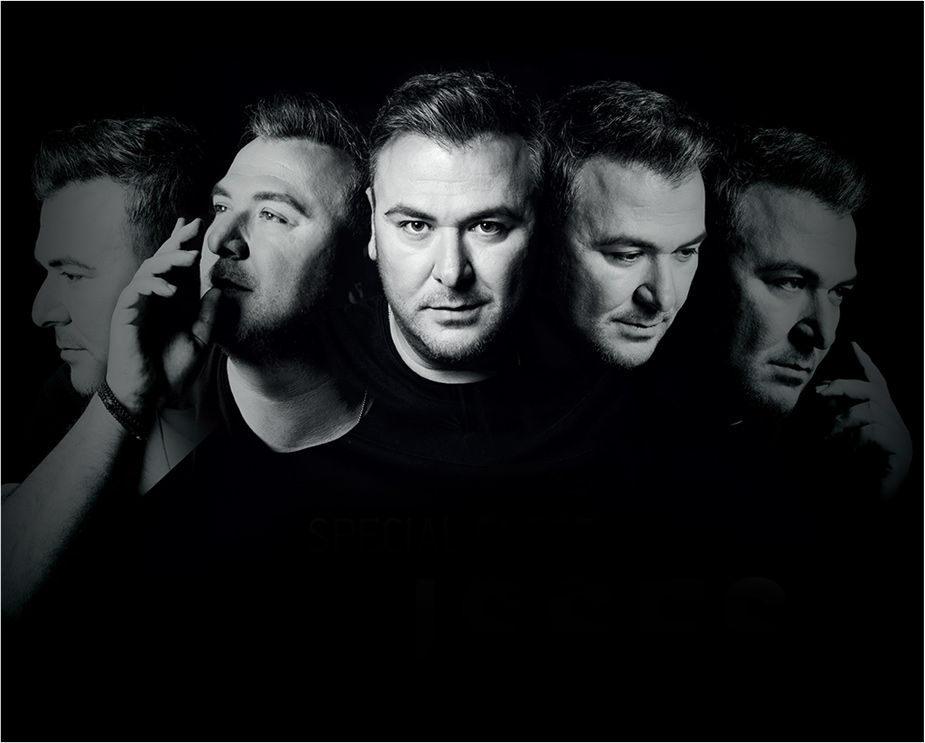 A CD single release followed, which was titled "Fly with me". It is actually a remix of the big hit "Meine" (Stay) having Danish artist Remee Guitar's rap-ing vocals. During winter 2000 Remos and Sakis Rouvas performed live together in Diogenis Palace.

In June 2001 he released a double live CD from a party given in Apollon Palace titled “Mia Nihta Mono” ("Only for a night"). The album gained platinum status.

During winter 2001, Antonis Remos performed live next to Giannis Parios.

The year 2002 is a very special year for Antonis Remos as it is the first time he collaborates with composer Giorgos Theofanous. Their chemistry was amazing and together they produced 3 successful albums. The first one being relesed in spring 2002, titled “Kardia Mou Min Anisiheis” ("Don't worry, my love"). The album gained triple platinum status, becoming one of the most-popular albums through the years.

During winter 2002, Remos performed live next to Alkistis Protopsalti. They kept performing together during the summer in Thessaloniki. They also traveled abroad, giving concerts all over Canada and the USA.

In 2003, he released a new album titled Mia Anapnoi ("A breath"), and the songs were written once again by Giorgos Theofanous. The album gained platinum status.

During winter 2003 Remos had live performances. He shared the stage with 5 composers, each one for 45 nights: Mimis Plessas, Giannis Spanos, Antonis Vardis, Kostas Hatzis and Giorgos Theofanous.

During summer 2004, the Mikis Theodorakis orchestra presented the composer's music written for theatrical plays and movies, with Remos as the lead voice, along with the actors Petros Filipidis, Natassa Manisalis and Giannis Samsiaris. He released a live recording of the appearances next to the 5 big composers. The album gained double platinum status.

In the same period, Remos sang Mikis Theodorakis' songs "An thymitheis to oniro mou" ("If you remember my dream") and "Faedra". They were both released in a CD single and became the title song of a completely new TV series.

In 2005, Antonis Remos performed live in Athens Arena for a second year in the row. This time he sang with Mihalis Hatzigiannis. Also in 2005, his new album "San Anemos" ("Like a wind")was released. It was the third album with composer Giorgos Theofanous. In this album, 3 singers joined Antonis Remos in 3 different songs. The first song was with Marinella, the second song with the famous singer Giorgos Margaritis, and the third song was with the Italian artist Massimo Di Cataldo. The album gained platinum status. During winter 2006 Antonis Remos appeared live in the Athens Arena, but this time next to Marinella, a Greek singer who was restarting her live appearances.

Antonis Remos celebrated his 10 years in discography by releasing a triple Best Of album with Sony BMG Greece which went platinum. In summer 2007, Remos did a tour around Greece, giving 25 sold-out concerts for the first time after 10 years. He had with him a new band from Thessaloniki named "Onirama". Antonis Remos and Onirama met in MAD TV's secret concert that was given in February and from that night, a new album was released. Hit songs of Antonis Remos were "retouched" by Onirama, gaining gold status under the title "Antonis Remos in Concert feat. Onirama".

In the winter of 2007 he performed for a second year with Marinella in Athens Arena. The two artists continued these performances until March 2008.

Afterwards, Remos and Sakis Rouvas joined forces for a worldwide tour in Canada, the United States, Australia and Africa, from 13 March to 25 May. In winter 2008, Remos performed alone for the first time in the Athens Arena. The success was huge, and the appearances got an extension until the end of May. At the same time he released his eight studio album “Alithies & Psemata” ("Truths and Lies"). The album gained gold status immediately, and later platinum.

In 2009 Antonis Remos presented in Athens the biggest and most impressive Live Show that Greeks have ever seen. Titled "Night and Day" in Athens Arena, Antonis Remos introduced a different kind of entertainment. The show was on for more than 5 months and it was a sold out every day, coming up to at least 350.000 people have visited.

In 2010 He released a new song called "Terma I Istoria", and presented it live through his show "Love Stories" in Diogenis Studio, another year of sold out appearances.

Antonis Remos has travelled all around the world, people follow him in his concerts and eager for his songs. He has performed live with huge names of the international music scene, such as Julio Inglesias (Myconos 2014), Gloria Gaynor (New York & Athens 2014), Danny Brialliant (Myconos 2015), Zeljko Joksimovic (Belgrade & Athens), Gipsy Kings (Myconos 2016).